The Nuts and Bolts of Fishing Jerkbaits

The Nuts and Bolts of Fishing Jerkbaits 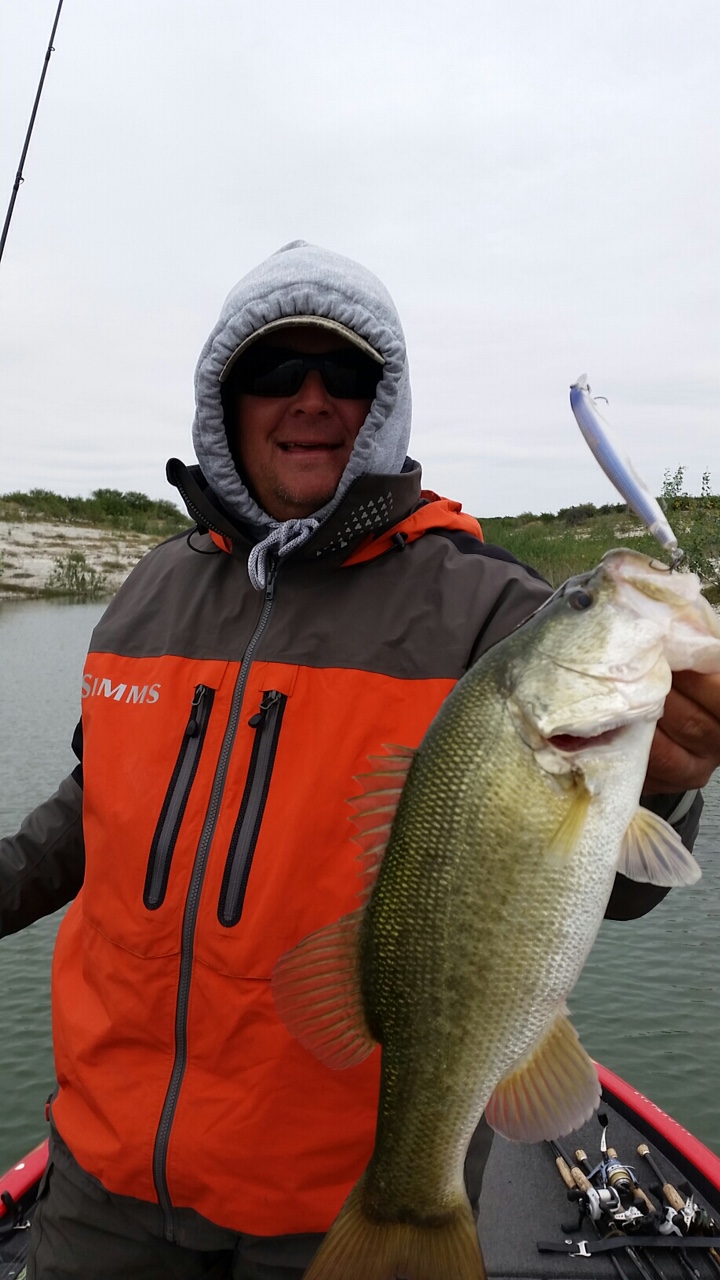 Jerkbaits: Virtually every bass fisherman has heard of them. However, not all fishermen actually use them. This is partially due to the perception they are only effective in very specific instances. While it is true these baits aren’t the best choice for many circumstances, when the conditions are favorable, few artificial lures will out produce a suspending jerkbait.

Popular touring pro Tim Horton of Muscle Shoals, Ala., is well known for his prowess with suspending jerkbaits. And, although there are plenty of models on the market, Horton says there are a couple of key components anglers should keep in mind when choosing a jerkbait.

“First and foremost, I want a bait that casts well,” Horton said. “That’s extremely important in a jerkbait. An awful lot is said about the action of these baits, but I don’t think it is as important as castability.

“But, the bait does have to have good action. The action I choose will have a lot to do with the water temperature. If the water’s cold, I’ll use a lure with a subtle action, like the Smithwick Rogue. If the water’s warm and the fish are more aggressive, then I want a bait that has a more erratic action. That’s when I like throwing the Bomber. That bait really jumps around when you twitch it.

“I also look at how a bait gets down. I really like using a jerkbait that gets down to about 4 to 6 feet. 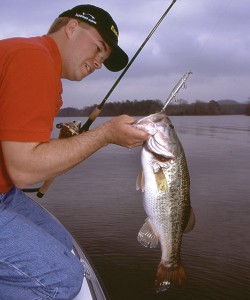 Employing the proper equipment is also essential to successful jerkbait fishing, according to Horton.

“When I’m throwing jerkbaits, I like using a 6-foot, 6-inch medium action rod. I like a rod that has a soft tip. It needs that soft tip to absorb the resistance when you’re jerking the bait.

“Something else that I think is important that a lot of fishermen overlook is the line. When I’m throwing suspending jerkbaits, I throw fluorocarbon because it sinks – monofilament floats – and that allows the bait to get down to where it needs to be.

“I also go with a little lighter pound test. I usually throw 12-pound test fluorocarbon. I think that’s one mistake that a lot of fishermen make. They’ll keep using 20-pound or 25-pound test. That heavier line results in more resistance and prevents the bait from sinking properly.

Clarity is perhaps the most critical condition for jerkbait success, says Horton.

“Reservoirs with a lot of bluffs and clear water – that’s where jerkbaits really stand out. But, anytime you have clear water, jerkbaits can work. This type of fishing is mostly a visual thing – bass have to see this bait to hit it. You want clear water so the fish can see the bait from a pretty good distance.”

Water temperature is another key component. When it comes to water temperature, Horton says jerkbaits work best when the water’s just warm enough for bass to be getting moderately active.

As far as the nuts and bolts of fishing jerkbaits, Horton says it’s more important to be patient and be willing to experiment than it is to master any specific technique.

“A lot of times when people talk about fishing these baits, they talk about how to jerk them or twitch them during the retrieve. But, I don’t talk about that too much, because I really think it changes from day to day based on the conditions. The right retrieve is really just something you need to figure each day.

“I think the biggest mistake I see fishermen make is throwing jerkbaits too shallow. Even though the bait I’m throwing runs about 4 to 6 feet, I’m throwing it in 15 to 20 feet of water. A lot of the fish I’m catching are actually suspending in the deeper water and coming up to hit the bait. So, when I’m fishing ledges or bluffs, I don’t throw it right up on the bluff. I like to keep it about 5 feet out from the bluff and run it over those suspended fish in the deeper water. Again, this is a visual type of strike. If those fish can see it, they’ll come up and hit it.”