Mexican Bass Fishing: Why Should Men Have All the Fun? By Hanna Robbins

Mexican Bass Fishing: Why Should Men Have All the Fun? By Hanna Robbins 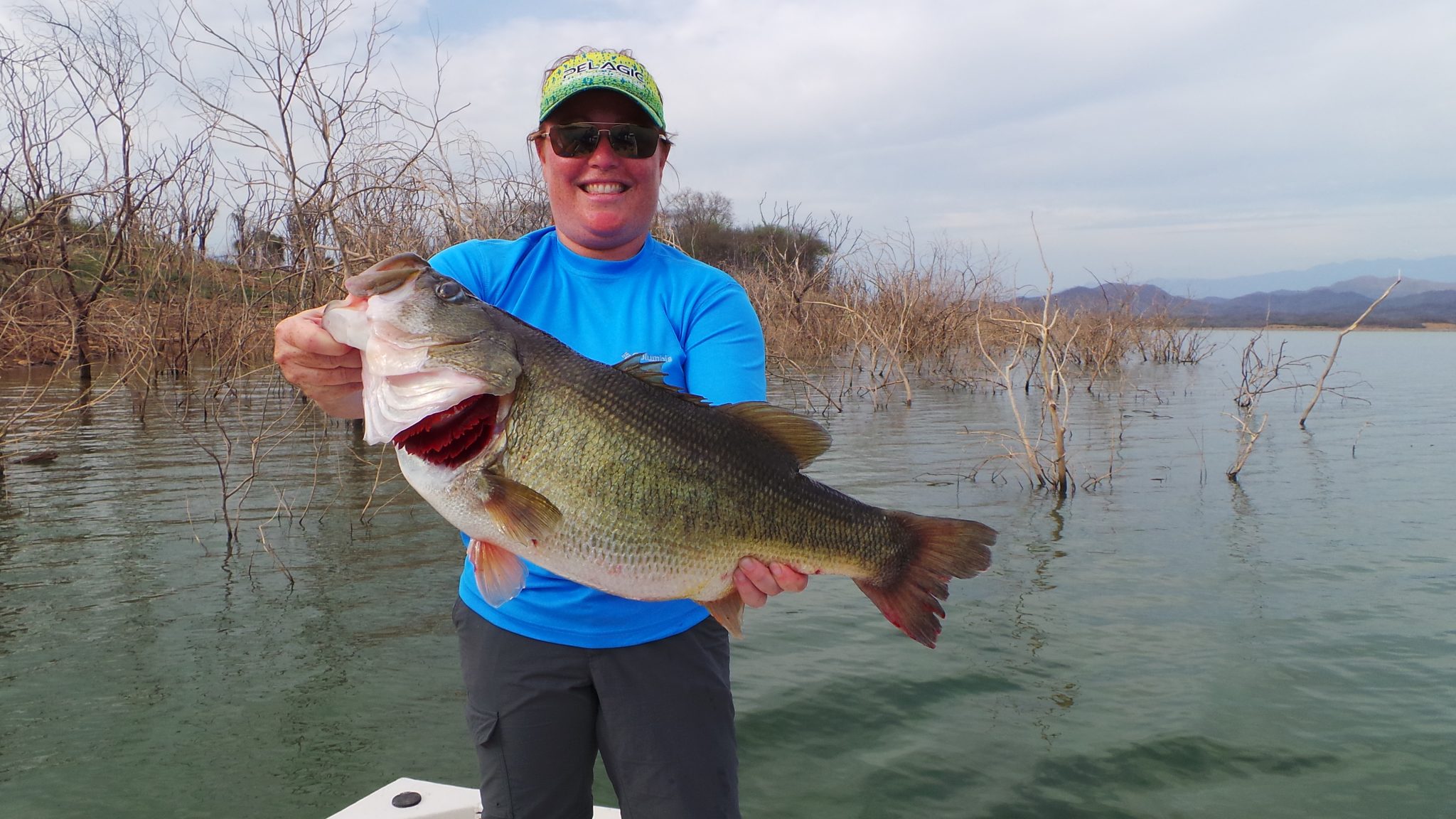 When I first met my husband and he told me that he fished, I asked, “Off a bridge, with a bobber?”

Now, a dozen years later, I’m almost as obsessed with the sport as he is. I fish tournaments, drive the boat, have my own tackle and I’ve been fortunate enough to fish all over the place. In addition to fishing near home in Virginia, I’ve chased smallmouths in New Hampshire and Michigan, largemouths in Florida and Texas, and I’ve been to the Brazilian Amazon twice to catch big peacock bass on topwaters….but my favorite place in the world to fish is still Lake El Salto Mexico.

We’ve been to El Salto seven times, and as I write this we’re packing for our eighth trip to Anglers Inn, the premier lodge on the lake.

Every time I enter the gates to Anglers Inn, my first thought is “I’m home!” The staff, most of whom have been there for decades, goes out of their way to make every guest’s trip a memorable one, whether it’s your first time there or your twentieth, whether you’re a Bassmaster Classic winner or someone who’s never held a rod before. As you get off the van, they hand you a big margarita and grab your bags. You’ll never lift another bag for the duration of your stay. In fact, you won’t have to tie a knot or unhook a fish yourself, either, if that’s your preference – the guides are prepared to do it for you. When you get back in the evening, they drop off appetizers and drinks at your room while you get cleaned up for dinner, and if you’re sore there’s a world-class masseuse at your disposal.

Despite all these creature comforts, I don’t believe I’ve ever seen women there by themselves or in a group. Sure, there have been a few there with their husbands or boyfriends or families, but as I packed for the trip, I realized that had I not had someone to introduce me to the sport, I might never have discovered this obsession. Lots of my female friends wonder about it, and wonder what keeps me going back, but until you’ve experienced it it’s hard to know just how great the trip can be.

I’m sure there are also many women who would like to learn to fish but don’t know where to start, or don’t want to start under the critical gaze of a man they don’t know. Also, you may not have a great fishery near your home, and if you don’t catch fish early on you’re unlikely to continue with the sport. Kevin VanDam, the best bass angler in history, called El Salto his bucket list locale for largemouths. You WILL catch fish here and they’re likely to be much bigger than average.

I want all women to feel comfortable dipping their toes in bass fishing. For that reason, I talked to Billy Chapman Jr., the owner of Anglers Inn, and we’ve set up our first ladies trip to El Salto for January 2017. Whether you’re an experienced tournament angler or a first-timer, he’s willing to offer a substantial discount off the regular package to get women down there. It’s safe, it’s fun and I want to share my “home” with you.

Even if you can’t make it then, email me at LadyAngler@AnglersInn.com and I’ll put you in touch with Billy and his wonderful staff to get you set up on the trip of a lifetime. I think after you visit once, you’ll understand why I keep coming back again and again. It’s the service, the scenery and the size of the fish. I’ve promised myself a replica mount for the wall when I hit the 10 pound mark, and while I’ve caught four over 9 pounds (up to 9-12), all in Mexico, I’m still gunning for double digits. Unlike most places, that’s a real possibility at El Salto and I’m confident that it’ll come sooner rather than later. For someone who didn’t know a crankbait from a hole in the ground a dozen years ago, that’ll be an amazing accomplishment.