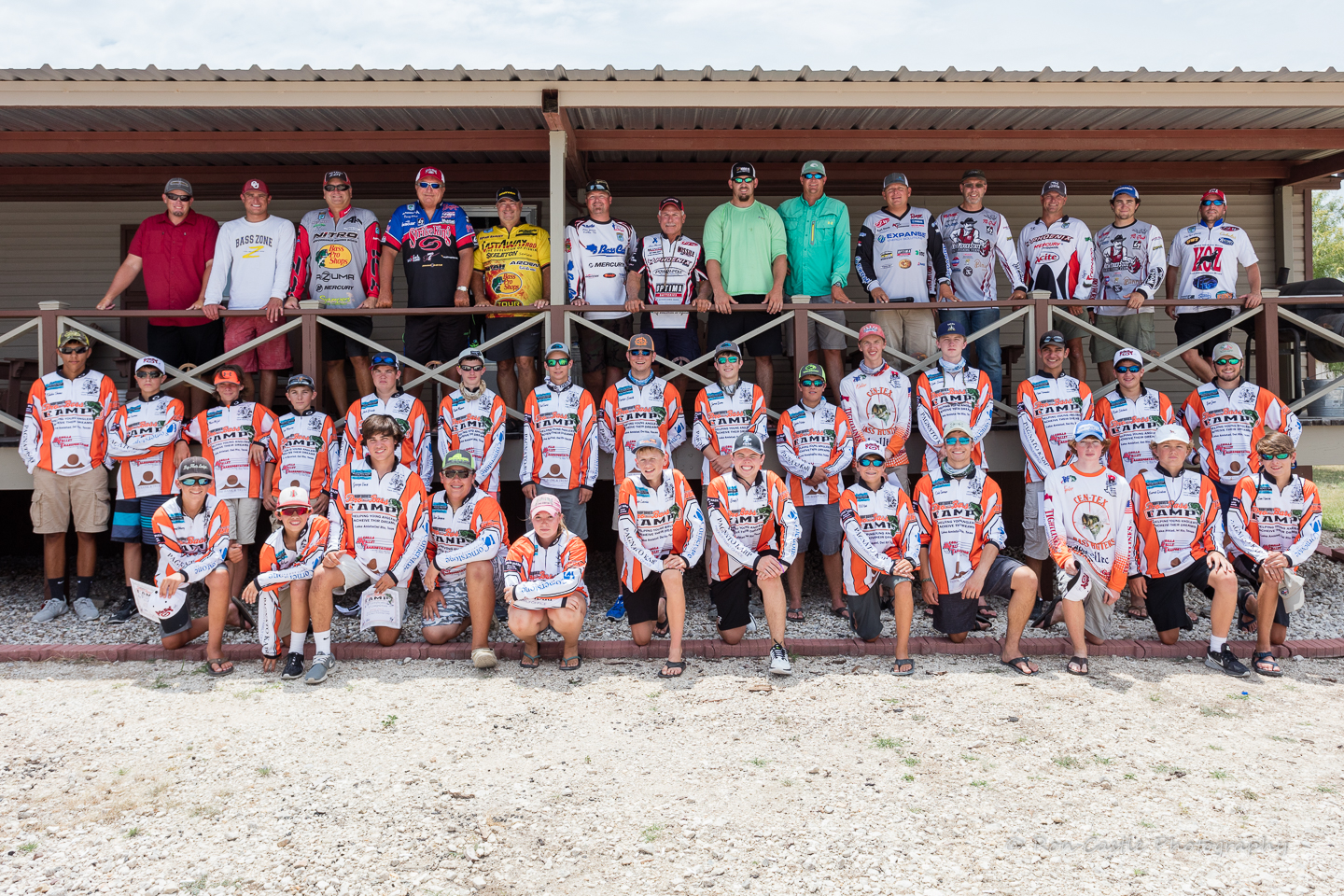 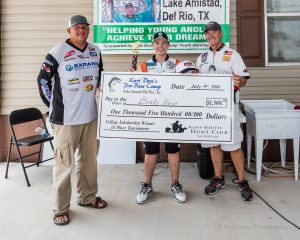 Del Rio, Texas (August 23, 2016) – The fifth annual Kurt Dove’s Pro-Bass Camp presented by Donald R. Kemp Youth Hunt Club took place July 5-9, 2016 on Lake Amistad in Del Rio, Texas.  This year’s camp set an attendance record, as 27 youth campers between the ages of 12 and 18 spent a week fishing with and learning from 14 instructors that included some of the most well known professional anglers and guides in the industry.

The camp began in 2012 after the idea was hatched during a fishing trip with Kurt Dove and Chase Kemp, who started the Donald R. Kemp Youth Hunt Club in Las Cruses, New Mexico in 2001.  This year’s camp included youth from Massachusetts, Pennsylvania, New Mexico, Missouri, Texas, and Alabama.

2016 marked the fourth year that professional angler Keith Combs has taken part in the week-long camp. “Some of these kids have been attending for the past three years, and I’ve seen them get better and better each year,” said Combs. “Even with my hectic schedule, it’s worth it to spend a few more days away from home working with the campers.” 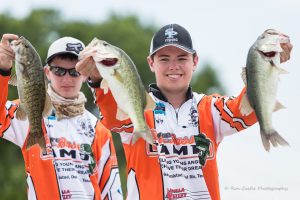 The first three days of camp, youth were paired with instructors for eight hours of fishing and on-the-water instruction.   For camper Barrett Dodson from Houston, Texas, it was the first time that he had ever bass fished out of a boat.  “I struggled at first, but by the last day I was catching quite a few bass,” he explained. “I learned how to Texas-rig a soft plastic and I also learned how to fish a drop shot. I’ve watched some of these pros on TV, so it was awesome to get the chance to hang out with them and learn the techniques that they use.”

On the final morning of on-the-water instruction, camper Mason McGill set the record for the biggest bass caught in the history of the camp when he landed a 6.2lb largemouth while fishing with Denny Brauer.

Brauer, who retired from full-time tournament competition following 2012 season and lives in Del Rio, Texas, has served as an instructor for all five years of the camp’s existence and continues to be impressed with the quality of youth anglers who attend the camp.  “I look back to when I started fishing, and I’m kind of envious that opportunities like this didn’t exist.  These kids are so consumed with bass fishing and I’m shocked at how good they are at such a young age,” he opined.

“Mason did everything right,” said Brauer, referring to the 6.2lb bass that was caught out of his boat.  “His equipment was set up properly, he made the right cast, and he knew how to play the fish.  It looked like he was a 30-year veteran on tour. I think this whole camp is as good as it gets when it comes to getting youth involved in fishing.”

Following each day of on-the-water instruction, campers listened to detailed seminars conducted by the instructors in a classroom setting that included topics ranging from using electronics to fishing jigs.

Camp week concluded with a tournament on Lake Amistad where the 27 youth competed for $3,500 in college scholarships. 16-year-old Brady Harp from Birmingham, Alabama won the tournament with three bass weighing 7.55lbs.

“This whole experience is just so fun and humbling,” said Harp, who is entering his Junior year of high school and plans on putting the $1,500 scholarship towards attending The University of Alabama after graduating where he hopes to fish on the University of Alabama Fishing Team.  “The two biggest highlights of my year are Christmas and Pro-Bass Camp.”

Harp, who has attended the camp for the past three years, was named the most improved camper in 2015.  It’s a prime example of what Kurt Dove envisioned when he teamed up with Chase Kemp and the Donald R. Kemp Youth Hunt Club.

“Many of these youth are coming back year after year, so you can see their progression as anglers and the impact that we are having on their fishing,” said Dove.  “This week of intense fishing and instruction is keeping them involved in the sport, and they’re going home and practicing what they learned here.”

In total, over $4,500 in college scholarships were awarded to the top performing anglers.

Alex Rigg and Mason Mcgill each earned a $1,000 scholarship for their 2nd and 3rd place finishes in the tournament, respectively.  The $1,300 Steve Main Memorial Senior Achievement scholarship was split between Cole Turner and Kadin Thens.

For more information on the camp and to view photos and videos from past years, visit www.probasscamp.com 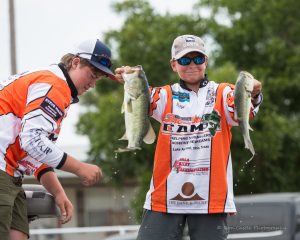