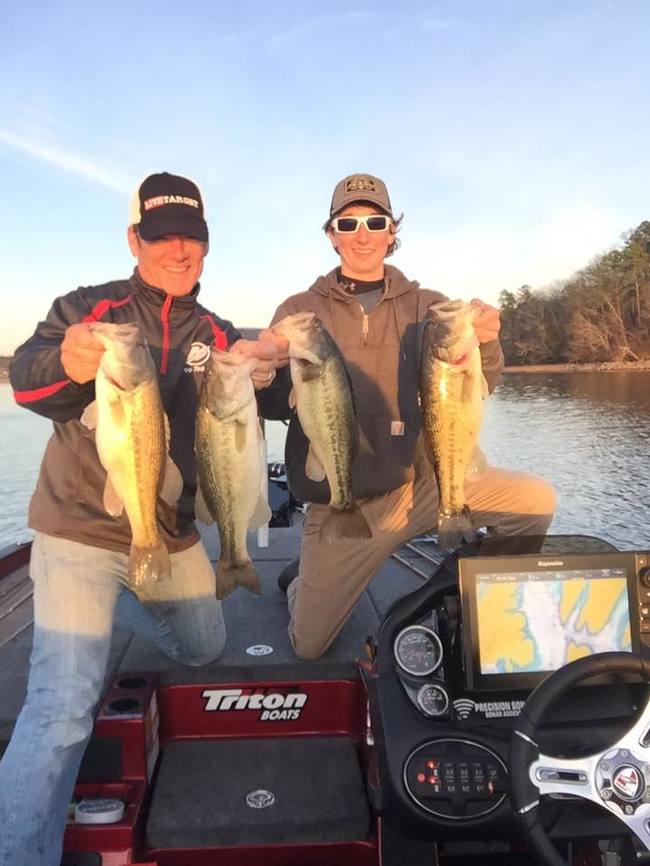 Article by: Tim Allard, for BassProShops1Source

When it comes to catching winter bass, Bassmaster Elite pro Stephen Browning isn’t shy about fishing shallow water. The Arkansas-based angler will fish two to eight foot depths in the back of creeks when water temperatures are in the 40s and 50s Fahrenheit. He uses a crankbait for covering water, but keeps a jig ready to target wood and other cover in his path. Here’s a closer look at his approach for shallow, cold-water bass.

One of fishing pro Stephen Browning’s top winter areas are the last few true channel swings located in the back of a creek off the main waterbody. The ideal swings will have six to eight feet of water tight to the bank.
Browning fishes these banks making 45-degree angled casts to the bank with a LIVETARGET Hunt For Center (HFC) Crawfish. The HFC Crawfish has an evasive action deadly for triggering strikes from cold-water bass.

The tips of channel swings are prime territory. Browning makes multiple casts to these spots. He keeps the lure in contact with rocks, lay-downs, and other obstructions, retrieving the crank as quickly as bass are willing to eat it.

Browning will fan cast a LIVETARGET Golden Shiner Rattlebait over shallow flats in the back of creeks. He uses the same rod combo as the HFC Crawfish. The retrieve is slightly faster, though, with the Golden Shiner.

Sunshine is important for warming stained water, which attracts bass, shad, and other baitfish. The best time is mid-day to late afternoon after the sun’s heat has raised water temps.
“Those fish will get in two feet,” Browning said. “I’ve caught them ripping that lipless bait over the top of laydowns, washed in stumps, and things of that nature. Depth is not as big of a deal as what one might think during the wintertime.”

Extra Tip: Lake draw-downs are common in winter. Lowered water reduces habitat for a creek’s resident bass, which concentrates them around key pieces of cover.

Any lay-down, log, brush pile, or other piece of wood in Browning’s path is going to get  attention with a jig. He targets the timber’s deep side.
“I’m not worried about where it comes off the bank. I can take that crankbait and work that over real well,” Browning said. “What I’m trying to figure out is where that particular piece of cover actually makes contact with the [bottom]. It’s kind of like you’re fishing the deepest part of that channel that has a little something on it and that’s kind of an edge effect, where two pieces of cover come together, and that’s where I want to concentrate with that jig and that shaky head.”