Prepare Your Boat to Catch Fish All Winter Long

Prepare Your Boat to Catch Fish All Winter Long 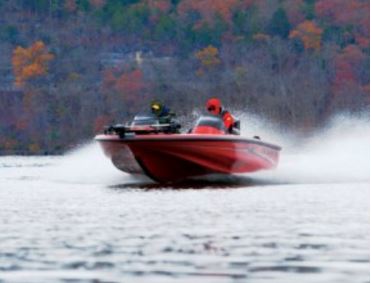 Article by: Pete Robbins, for BassProShops1Source 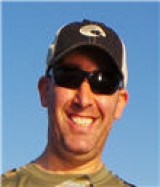 Anglers in Texas, Alabama, and Florida have it easy. There’s never an “off-season” from fishing. Half the time it seems like you’re filling up my November and December social media feeds with photos of you in shorts holding big bass. Not fair. You get to use your boats all year long.
The decision’s just as simple for those of you in Maine, Montana, and Minnesota. Once the water gets hard, your boat is pretty much done until it thaws again. You can winterize it with a clear conscience.
I live in the in-between zone called the Mid-Atlantic, where waters only freeze occasionally, but we also get more single digit temps than any non-penguin should ever be subject to. With Murphy’s Law in mind, I know that if I winterize my boat we’ll have stretches of 70 degree days in December, January, and February. But I also know that there are days when nobody in their right mind would go out and fish.

When the competitors at the 2015 Bassmaster Classic launched at Lake Hartwell on Day One, the temperatures were in the single digits, but they were fishing for a $300,000 top prize. They had to delay the take-off because several boats froze to the trailers. Most of us won’t put up with that, but whether it’s going to be 7 or 70, if you’re headed to the lake on a winter day you better have undertaken proper preparation.

The following is a short list of steps that you can take so that you can be good to go when the balmy days come along:

Rule 1: Drain Everything
The biggest enemy of your boat in winter is water. Sounds funny, right? Aren’t boats meant to go in water?
The problem with the wet stuff is that when it freezes, it expands. If it’s in a livewell hose, or the lower unit of your outboard, or even just in the bilge area—it’s going to do damage when freezing occurs. You don’t want to discover any of those problems when you’re on the water, and you don’t want to have to pay your friendly boat mechanic when you get off.
Gravity is your friend in this regard. Tilt the motor all the way down when stored so that there’s no water remaining in your lower unit (be sure to tilt it back up before you pull the boat forward or you’ll be subjected to a sickening scraping noise). Put your livewells on “empty.” Jack the trailer tongue as high as it’ll go and then pull the drain plug. Eventually all remaining H2O will be out. If you’re ultra-cautious, you can even insert the tip of a towel into that now-empty drain hole to leach out the little bit of remaining water.
(Of course that leads up to Rule 1a: More than ever, it’s important to remember to put the drain plug back in the boat before you launch. Attach it to the winch strap, write yourself a note, do anything to make sure you don’t forget it.)

Rule 2: Cover it Properly
If you store your boat outside, be sure to invest in a quality fitted cover, the tighter the better, so that there’s no reason for the neighborhood cats to take up residence there and leave their special brand of “gifts.”
If the cover doesn’t have supports in the middle, put in a couple of 2×4’s or an inflated beach ball. That’ll prevent water from pooling up on the cover and possibly ripping it. If it snows, come outside with a broom or brush and remove it as soon as possible – that stuff is surprisingly heavy and the weight can warp your windshield or damage your trailer tires.

Rule 3: Treat Your Gasoline
During the spring and summer, when you’re using your boat frequently, you cycle through gas just as frequently, preventing it from degrading. Particularly in this era of 10 or even 15 percent ethanol at the pump, it’s critical to avoid water in your gas tank. If you don’t already have a water separator, add one.
Check your fuel lines, too – ethanol has been known to destroy some older types. Even if you’ve already taken these steps, add the recommended amount of fuel stabilizer to your tank. The engine you save will be your own.

Rule 4: Batteries
Did you know that marine batteries can freeze? This is another thing you don’t want to discover on the water, drifting away from the ramp. It’s less likely to happen if they’re fully charged or in a high state of charge.
If your batteries require you to add distilled water, make sure they’re at the proper levels before you store the boat for any extended period of time. Plug your onboard charger in regularly, or put it on a timer so it keeps your power sources topped off.

Rule 5: Be Ready for the Ramp
Carry a bag of sand or kitty litter in your tow vehicle. Someone else may have gotten the same crazy idea as you to go fishing on a winter day. If they launched before you, the water from their trailer may freeze up on the ramp, making pulling yours out an adventure. By pre-treating the ramp with some anti-ice measures, you’ll get out safely and get to stick a lure in front of some fish that may not have seen one for quite a while.

We use cookies to ensure that we give you the best experience on our website. If you continue to use this site we will assume that you are happy with it.Ok