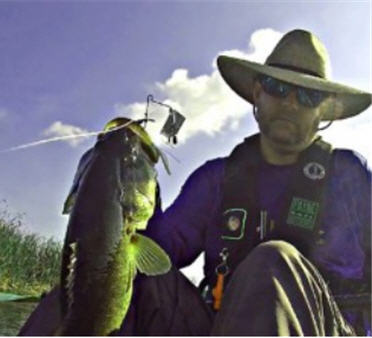 Posted by: Chris Payne and  BassProShops1Source

As anglers, new fishing baits and techniques naturally attract us. Tournament anglers and recreational anglers alike love to have a bait that produces fish that not everyone else is using. It gives us an edge.

This summer I’ve actually been reverting back to decades old fishing lures that can still be purchased for an edge that isn’t as flashy as new products but can be just as productive. Think about it, the reason they’re producting is that these older lures are the ones the bass haven’t seen in a while. The old is now new. Check them out.

With all the attention the River2Sea Whopper Plopper has been getting, the buzzbait has been forgotten or shelved by many. While the Whopper Plopper does have some advantages, the clank clank spit or a good buzzbait still calls from the depths.

I also think a buzzbait is more effective in windy and weedy conditions. The noise coupled with the significant surface disturbance can make for some amazing triggered strikes on top. The hook point on a buzzbait being on the surface side versus the downward dangling treble hooks of the Whopper Plopper makes the buzzbait a better choice in grass and vegetation.

While wake baits are trending on many tackle websites, the Arbogast Jitterbug remains relatively untalked about. I don’t know the last time I heard someone say they were catching them on that Jitterbug bite. Quiet as the rumblings are, the Jitterbug is one of the original waking baits and still catches fish every day. It excels early and late but can draw great strikes throughout the day, especially near shade and cover.

I’m not the only one who loves the Jitterbug, here’s what customers from Bass Pro Shops are saying about the Arbogast Jitterbug.

The Jitterbug is one of my favorite nighttime baits. I throw the black one along shorelines, start it with a slow retrieve to wake the bait, and hold on for a startling explosion.  If you need a little more action, Arbogast makes the Jitterbug in a jointed version as well.

Nick Creme came up with the idea of a plastic worm in 1949 and people have been trying to perfect it since. If you go to your local Bass Pro Shops, it’s likely you’ll see thousands of packages of plastic worms with varying scents, attractants, and buoyancy.

A worm that still produces and has for more than 65 years is still the Creme Worm. You can get a Creme Scoundrel worm in the purple color scheme and it’s pretty close to the original.  At less than $5 for a 20 pack, it’s an old classic that still performs as well as the new stuff that’s $8 a pack for 8 or 10.

Fish it Texas rigged or even on a drop shot and I think you’ll see the old worm still gets eaten.

Watch video of step-by-step instructions: How to Tie the Texas Rig -LINK

If you need to buy something new to change up the game, maybe look at some of  the old lures that started the game and buy one of those. I think you’ll be glad you did!