The Legend of Ethel 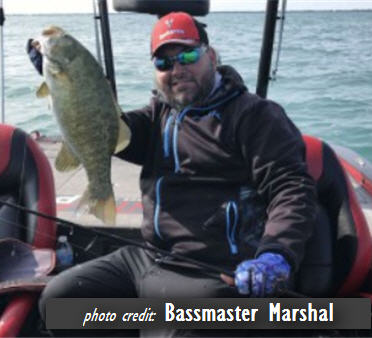 Every angler dreams of that bite where the rod almost gets ripped out of their hands. For Elite Series fishing pro Greg Hackney, come fall, he’d sooner be power fishing and nothing would make him happier than to be throwing a Strike King lipless crankbait.

Why It Works So Good

Come fall, largemouth will pull off of cover and move onto the flats to feed on bait. Fishing a lipless rattling crankbait affords the angler the opportunity to cover a lot of water quickly and efficiently.

“It’s such a great open water lure, you can cover water with it, you can fish grass with it, and you can fish flats with 2- to 8- feet of water,” Hackney started. “You’re dealing with fish that are more aggressive due to the weather and daylight change and the fish are on bait.”

Hackney calls Gonzales, Louisiana home, and typically his part of the world is known for their huge crawfish populations. But, come fall time, all that the largemouth want to do is gorge on shad. As largemouth pull off of cover and shad migrate back to the flats, the collision course is inevitable with the shad ending up on the unlucky end of the deal.

Pick the proper lipless crankbait for the situation and the results could be awesome.

Where to Look for Fish

Generally, Hackney has found that the fish that move back to grass lines and shoreline cover are smaller fish. “The big fish relate to the perimeter, a creek channel, and will hold on an isolated piece of grass on a flat,” Hackney started. “The little fish will run up shallow while the big fish satellite around the area.”

Sure, you can filter through a bunch of little fish in the hopes of catching a big one, but he’ll go look for a unique piece of structure that will hold better quality fish.

“Occasionally, when you catch a bunch of little fish you can catch a better fish out of it. Often, what I’ll do is back out and look for something a little different.  They got big for a reason! I’ll look for a rock-pile on a flat, not necessarily way off from the main group of fish, but they’ll be on a sweeter spot.”

Not only is Hackney able to determine what type of cover the bass are relating to but it also helps him to find bass as well while eliminating water and dialing in a pattern quickly.

Winter Draw Down and Bigger Fish

Hackney especially likes fishing during the winter draw down as it is much easier to find the bigger fish. Regardless, there will be plenty of fish in the back of a creek, the larger fish will be “on the flat out front holding on a stump.”

Sound Matters When Attracting Fall BassEven though they might only be in 2- to 3-feet of water, they will always be relating to some sort of solid structure like a drop-off, a rock pile, a piece of wood, or an isolated patch of grass.

Depending on the situation, Hackney will choose between these crankbaits; Strike King Red Eye Shad, the KVD Silent Stalker Red Eye Shad, and the Red Eye Shad Tungsten 2 Tap. While all baits are built around the same body, each produce unique sounds.

KVD Silent Stalker Red Eye Shad
The Strike King Red Eye Shad Tungsten 2 Tap crankbait has a single tungsten rattle inside that creates a subtle “tap-tap-tap” sound regardless of the retrieve sounding totally unique from the original Red Eye Shad. This bait works especially well on pressured fish.
The Red Eye Shad is built with small bb’s inside the sound chamber that shake and rattle to create a loud sound when the bait is retrieved.

He’ll even dig out the ¼-ounce version of the Red Eye shad crankbait early in the fall when they are feeding on smaller bait and bass are reluctant to eat larger offerings.When faced with post-frontal conditions, clear water, bright blue skies, or minimal wind all which normally put bass in a negative mood, Hackney opts for the silent version.

Tip: Surprisingly, few anglers use lipless cranks when searching flats for smallmouth bass. If Hackney knows that shallow smallmouth are in transition and have moved up onto the flats to feed, you can bet he’ll have a lipless crank tied on.

Tip: The ½-ounce version is his mainstay and should he be faced with super-aggressive fish or when fishing a trophy fishery like lakes Amistad or Falcon, he will opt for the significantly louder ¾-ounce version.

Hackney Mixes Up the Retrieve

When covering water, Hackney will mix up his retrieve to not only get fish interested but keep them interested and tricks the fussy ones into biting.

Many times, Hackney has found that they’ll hit the bait on the first 3 or 4 cranks when fishing clear water. But, they get gun shy really quick when those nearby see their buddies getting hooked.

“If you catch 2 or 3 in a row and they’ve all bit in the first 10 foot of the retrieve that tells me it’s a reaction bite. After they get a good look at it, they won’t bite it. If I make a cast after that and I don’t get a bite in the first 10-feet, I’ll change up the retrieve all the way back to the boat,” Hackney said.

Especially when power fishing with reaction baits, triggering the bite can be a very important part of the deal. Catering to the conditions you are fishing is paramount.

When fishing around grass, Hackney has learned that it’s all about triggering the bite.

“When fishing grass, the only time you will get a bite is if you are ripping or pulling the lipless crankbait,” he started.  “In warm water, you better be ripping it, in colder water you are pulling it, almost worming it through the grass because they aren’t that aggressive.”

If Hackney has the bass pinned down because they are spot-oriented, say inside a pocket of grass or sitting on a depression in a rock-pile, he’ll pitch out his Red Eye Shad and let it fall right into the sweet spot. “The Red Eye falls like a Strike King Ocho soft-plastic stick bait,” he explained.  “It has the dying quiver of a stick worm and will shimmy as it falls through the water column.”

No need for a myriad of color choices, unless he is fishing during the spring where he’ll need a red craw pattern, his favorite color choice is Natural Shad.Anytime he’s fishing around cover, you can bet Hackney is going to deflect his bait off of it every chance he can.

Hackney is a big fan of the Quantum KVD Tour Crankbait Rods which have a composite blank- a blend of fiberglass and graphite. Hackney prefers the slower action that allows the fish to engulf the lure before he feels the fish.

He’ll use Gamma Edge fluorocarbon fishing line in 14-, 16-, and 20-pound test.  His line test is dictated by the desired running depth he wants his Red Eye Shad to target. The lighter the line, the deeper it will run but 20-pound test is his mainstay.

“I like that big rod because it can tear the bait out of the grass when you’re fishing it, it can make super long casts, and it handles big fish better,” Hackney said.  He prefers a 7’4” medium-heavy action rod when fishing flats and covering water while the 7-foot rod only gets used when he is fishing the ¼-ounce model.

Tip: He’ll always upsize his fishing hooks with short-shank trebles so that he can go at least one size bigger than factory.  For example, for the ¼-ounce crankbait model he will upsize to 4, a 2 on ½-ounce, and a 1 on ¾-ounce.