Horton’s Must Have Bass Boat Equipment 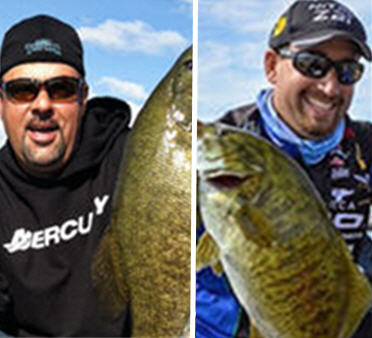 The Story Behind the Story

For years, he’d fished a soft-plastic jerkbait and swimbait on a Tex-posed hook only to be met with a 65% hook-up ratio.  Spotted and smallmouth bass notoriously swat at baits and their aggression compromises their aim.
By chance, Zona met an “older-than-me gentleman” 7-years back that teased Zona with tales of rigging a Strike King Caffeine Shad as a line-through with a treble hook.  “you’ll never miss them,” he promised Zona.  The gentleman promised to bring in a pop-rivet, yes like the one in the hardware store, and would show Zona his way of rigging.
Until then Zona had spent copious hours in his fishing bunker trying everything- even converting the inside core of a ballpoint pen to work as a line-through channel for the bait.  Sure, it worked, but after a strong cast or a fish catch, it would fall out.
The gentleman wasn’t chasing unicorns- Zona’s hook-up ratio increased to 99%.  Zona totally gives credit to the gentleman for hatching the brilliant rigging trick.

Zona decided to tie on a treble hook with a split ring and went to Thousand Islands the following week, “the holy grounds of burning a Caffeine Shad or a soft plastic jerkbait” and quickly learned “you hook them all!”  He could count on one hand with fingers to spare how many he’d shared the secret with over the past 7-years.

Zona has great confidence in the Strike King Caffeine Shad and Rage Swimmer when targeting schooling fish, aggressive smallmouth, suspended fish, spotted bass, and largemouth when they won’t quite commit.  “Whenever you throw a full body swimbait or a soft-plastic jerkbait that you are not completely hanging up from cover, rig it this way,” Zona said.

Zona will zip a Caffeine Shad along the waters’ edge and kill it letting the bait sink briefly before speed reeling again.  Let the fish tell you what they want as sometimes a twitch-kill-kill-kill-twitch retrieve might be needed. Regardless of the size of Rage Swimmer that Zona is throwing, a straight steady retrieve works best.

When the Planets Align

The Smell of Victory