Explore 3 of the Best Scenic Float Trips in the Ozarks

Ott DeFoe Shows You How to Tune a Crankbait

Explore 3 of the Best Scenic Float Trips in the Ozarks 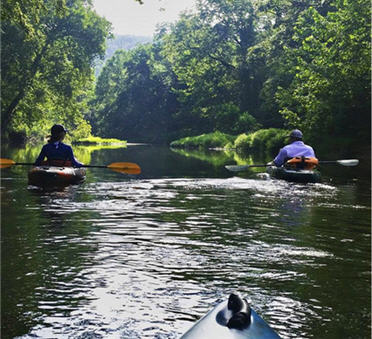 Posted by: Heath Wood and BassProShops1Source

For many years, the rivers and streams of southern Missouri and northern Arkansas have been favorite destinations for river floaters in search of what mother nature has to offer. I have been fortunate to live near three amazing rivers in the Midwest. The Jacks Fork River and Current River in Missouri and the White River which travels into Missouri then back into Arkansas.

I was born and raised in an area within a day’s drive to float these rivers in canoes, kayaks, and tubes. Below is a list of the three most frequent float trips that people choose each summer to experience and enjoy the outdoors.

Tip: Get ready for your float trip and shop kayaking, canoeing, fishing and camping gear at www.basspro.com

To-Do List – Before the floating begins, a popular attraction to see is the Alley Springs Mill. Within walking distance of the river access, which will be the starting point of this float trip, is the famous Alley Springs Mill. This magnificent 100-year-old grist mill sets next to the 10th largest spring in the state, that being Alley Springs. There are walking trails around the spring, an original one-room schoolhouse and a lot of beautiful scenery to view while walking through the park. While on the Jacks Fork River, floaters will enjoy tall rock bluffs, an abundance of wildlife and beautiful water throughout the entire trip hosting an array of smallmouth, bass, and goggle-eye, making for some great fishing along the way.

As for after the float trip, you could venture a few miles north of Eminence Missouri to the Echo Bluff State Park in hopes of seeing the famous Shannon County Wild Horses. The heard has approximately 35 horses, and the stories say the heard formed during the great depression when farmers freed many animals to survive on their own. Other areas famous for sighting the wild heard near Eminence is the Broadfoot Fields, Shawnee Fields and the two rivers on Missouri Highway V.

Tip: Get estimated float times here at the Ozark National Scenic Riverways (U.S. National Park Service). Always be aware of fast rising streams and possible river closures. Additionally, always call your river outfitter for the most up to date floating conditions. Be aware of river levels and weather in the float path and surrounding area.

River Outfitter – Windy’s Canoe Rental in Eminence, MO. When asked what the most popular float trip on the Jacks Fork River is, Windy’s said: “hands down Alley Springs to the Eminence Bridge.” Floaters seem to always enjoy this float in Canoes, Kayaks, Tubes, and Rafts.

Location – The Current River is the second river that makes up the Ozark National Scenic Riverway. This 184-mile river is the most spring-fed of all the Ozark rivers in Missouri. This beautiful river is in Dent, Shannon, Carter, and Ripley counties in Missouri.

As for this specific float trip, Pin Oak access point and will serve as a loading/unloading site only. It is located upriver approximately 9 miles northwest of Van Buren, MO. Van Buren is the county seat for Carter County and has a population close to 800 people and is where one will find the Highway 60 bridge that stretches over the Current River. Directly next to the bridge is The Landing, which is a resort that features lodging and a restaurant, as well as services for canoes, kayaks, tubes, and rafts.

To-Do List – The spring-fed Current River is home to some of the best smallmouth bass fishing in Missouri. During this float, one will experience cool waters due to the many springs that feed into this river. This faster flowing, slightly deeper river also makes for a great scenic float. Floaters will enjoy an abundance of wildlife, possibly even catching a glimpse of the wild Elk that seen along the Current.

When finished with the float trip, you can travel four miles downriver, south to Big Springs State Park. This state park has one of the largest springs in the United States. The picturesque spring has an average daily flow of 286 million gallons of water. The park includes picnic areas, hiking trails and of course a lot of photo opportunities with the overflowing spring water.

River Outfitter – The Landing in Van Buren, MO www.thelandingcurrentriver.com. The Landing plays host to a lot of floaters on the Current River each year, especially during the warm summer months. When asked what the most popular floating trip was, they answered with Pin Oak Campground to The Landing. With beautiful lodging and great food, The Landing makes for the perfect stopping point after an all-day float.

Tip: Try the book “A Paddlers Guide To Missouri” available from the Missouri Department Of Conservation

Location – The White River is a 722-mile river that flows through Arkansas and Missouri. On this float trip, we are close to the middle section of the river near Mountain View, Arkansas, which is the county seat for Stone County.  The Anglers White River Resort is the boat takeout point of this particular float. It is located directly on the banks of the White River at the point where Sylamore Creek flows into the White River.

To-Do List – Even though Mountain View is known as the Folk Music Capital Of The World, they are also known for the White River and its fishing. The White River has a lot of rainbow trout; however, it also has smallmouth and largemouth bass, which makes for a great time while floating. This portion of the White River is home to a lot of cool, clear water gently moving downstream. This float is one of the best float trips for a family or group of people that are in search of a scenic float.

After your float comes to an end, you can travel a short distance north of Mountain View to the Blanchard Springs Caverns. These caverns are three-levels. The cave can be viewed by guided tours which consist of many trails, such as one trail that is close to 1.2 miles long that winds through the cave.

Tip: Please plan your float trip by using a mile by mile float map provided by the National Scenic Riverways and use the estimated float times.

River Outfitter – Anglers Inn White River Resort in Mountain View, Arkansas. The Anglers Inn is also a perfect place for an ending point on a float down the White River. They have rooms to relax and a restaurant that offers a tremendous scenic dining experience, as well as providing canoes and kayaks for floating. When asked what the most popular float was, they were quick to mention Boswell to their resort.

Watch video about preparing for your float trip in Missouri 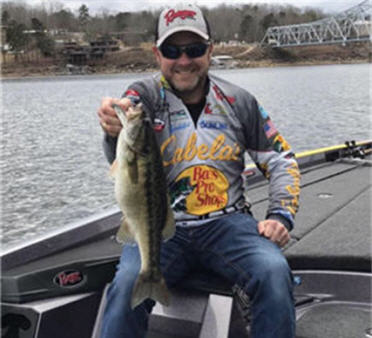