How Power Poles Have Made JT Kenney a Better Angler

How to Match Reel Speed to Fishing Style

How Power Poles Have Made JT Kenney a Better Angler 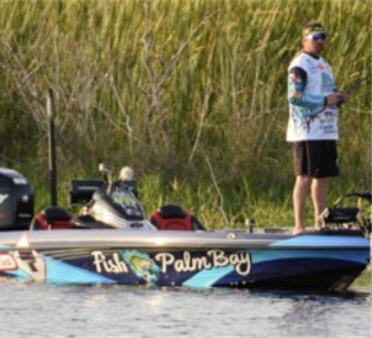 FLW Tour pro, JT Kenney, moved from Maine to Florida to chase his dream of becoming a professional bass angler in 2004. Everything about Florida suited his style, especially fishing matted vegetation.  Being one of the first bass anglers to have a Power Pole mounted on his Ranger bass boat, he knew there was something special about it. Sometimes, there are innovations in the fishing industry that change the way the game is played and the Power Pole has revolutionized the way that anglers fish.

Kenney was pretty impressed with his new tool and initially thought they’d predominantly be used whenever he was sight-fishing. Today, he uses them constantly. “I wouldn’t want to fish a shallow water event without my Power Poles,” Kenney said, “I use them constantly.”

When JL Marine Systems Inc. owner John Oliverio first hatched the idea of the Power Pole, he was a flats angler who got tired of blowing past shallow water fish he’d spotted. His background in computer science and mechanical engineering gave birth to one of the greatest innovations in modern boat control.

Power Poles Allow Kenny to Better His Fishing in Shallows

Initially, Kenney had just one Power Pole outfitted on his boat but half way through the season he added the other.  “If you pole down with one in heavy wind, you are still going to swing around.  With moderate wind or no wind, you could position the boat and where you want to face.”  For Kenney who is a sight-fishing threat in most any tournament he’s fishing, the addition of a second Power Pole allowed for him to better control his presentation while using stealth to trick shallow water largemouth bass that are most often spooky to begin with.

“I never realized that more than one fish could be on a clump of grass, or lily pads, or a lay-down, or one big rock along the bank. Now, when I see a clump of grass and get a bite, my immediate reaction is to hit the buttons and “pole down”, sometimes even before I jerk.  It stops you right there,” Kenney said.
In the past Kenney would have just drifted by the spot where he’d just landed a fish and never been able to finish thoroughly pick apart that piece of cover that could have held another fish.
“Even when you are coming up on a good piece of cover, even before you make the right cast to it, if it’s “the juice” or sweet spot, I’ll pole down first and back way off of it and make repeated casts instead of drifting up and on by it,” Kenney said.
Fishing the Slingshot Technique

For anglers who don’t own Power Poles like the Power-Pole Sportsman II 2.0 Shallow Water Anchor, fishing shallow can be especially frustrating. Imagine sight fishing up shallow and seeing a bass locked on a bed or holding to a piece of structure with no way to stop. Turn the trolling motor around to try and slow down, and it’ll blow water and mud over that fish and spook it. Kenney has a better idea.

“When you Pole Down, those poles flex. Your boat moves forward a foot or so with the flex of the poles and then it stops.  When the flex comes out of the poles, it’s pulling you back and you have momentum going backward.  As it’s pulling you pack, you lift your poles and you continue to drift backward to help you put distance between you and the fish,” Kenney started. “It keeps you from back-washing with the trolling motor. I can’t count how many fishing I’ve caught doing that.”

When he mounted a massive charge at the 2017 FLW TOUR event on Lake Harris leaping from 9th to 2nd place on the last day, he dropped his poles so that he could dissect shell beds with a crankbait. He used the same trick when he won the 2008 FLW TOUR stop on Lake Okeechobee.
Docking Logic

Kenney will often use his poles to hold his boat in place beside the boat dock upon launching or when returning at the end of the day while he runs to get his truck. No more ropes or tying off, just pole down and forget the hassles of the past!

Getting Your Power Pole Rigged for Your Boat

While any Bass Pro Shops with a boat service center can help out with rigging a Power Pole for your boat, Kenney insists that any angler handy with tools can get them installed in less than 1 ½ hours. “As long as splash well has a plate that comes out, they’re fairly simple to install,” Kenney said.
He runs the 10-foot Power Pole Blade model, which come in a variety of colors to match your boat, off his cranking battery.

Kenney claims them to be nearly indestructible. “One time I ran for 18-miles with them down and it did nothing to them.” When mounting the deploy/retract buttons on the deck of your boat, be sure to keep them away from the trolling motor cable or fishing rods that could touch the button and deploy the Poles while driving home which would definitely leave a mark! Shutting off your master power switch at the end of the day is always a great idea.
Power Poles bring home the power for Kenny in 2015 on Lake Toho.