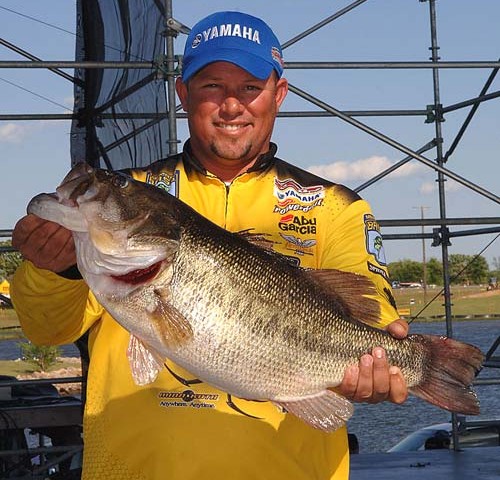 When Randy Dearman won the Bassmaster Texas Invitational in March, 1993, little did the Texas pro realize how he had just altered the bass fishing landscape. 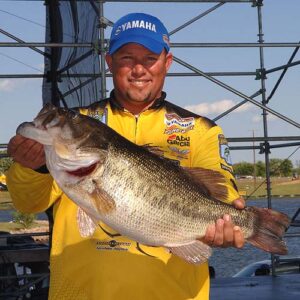 Dearman won using braided line, the first time such line was credited with winning a major national tournament. Today, virtually every serious tournament bass fisherman either has a reel filled with braided line, or keeps one or more spools in his boat. Braided line, however, has both advantages and disadvantages, and how the pros use the line often boils down to little more than fishing style.

“The biggest advantage braided line offers is that it has absolutely no stretch,” Florida pro Bobby Lane explained. “When a fish hits, you feel it all the way down to your reel. If you’re fishing a spinnerbait or a (Rattle Trap) you can certainly rip it out of vegetation without any problems, and when you get a strike with those types of moving baits, you hardly have to set the hook.”

“I especially like braided line for flipping in vegetation. Because when a bass hits and runs, braided line slices right through the greenery. The same is true when you fish a frog over the top of lily pads and other plants. You basically eliminate the cover because the line cuts through it.”

Not so with thicker wooded cover, Lane cautions. When the Bassmaster Elite pros fished tree-filled Falcon Reservoir earlier in 2008, they quickly realized braided lines cut into the wood but not through it, allowing any number of big, angry bass to escape.

“Because braid does not stretch, you don’t use it for crankbaiting, because that’s when you do want just a little stretch. Or you’ll literally pull the lure away from your fish.”

At the same time, however, he does recommend using braided line with spinnerbaits and lipless crankbaits fished around vegetation.

Because braided lines are extremely sensitive and they also sink, anglers have discovered they perform very well with Carolina rigs. This has allowed them to fish deeper water and also to use smaller lures. At Falcon, where the majority of bass were caught at depths deeper than 25 feet, braid was the overwhelming line of choice.

“Another reason braid worked so well on that lake was also because we were fishing our Carolina rigs in and around rocks and rubble. We needed the pure strength and abrasion resistance braid offers.”

This increased line strength has allowed anglers to use slightly lighter rod actions – medium/heavy is more popular now than ever – and to use more sweeping hook-sets than pure power sets. The sweeping set allows a fish to keep holding the lure, while a quicker power set may pull it away from the fish. That’s what no-stretch is all about.

Braided line has also increased the popularity of spinning tackle, since lighter braids match beautifully with lighter finesse-type presentations such as drop shots and shaky heads. Skipping lures underneath overhanging limbs has always been easier with spinning rods, and it’s even easier with braid.

In shallow water fishing like that, Lane ties on a three to four foot fluorocarbon leader just so bass don’t see the braid.

“Basically, I prefer braided line of 65 pounds when I’m flipping. The heavier the vegetation and the bigger the bass, the heavier the line I’ll use. At Falcon, some of the fishermen were spooling with 100 pound braid.

“With a topwater frog, I use 30 or 50 pound braid, but many pros stay with heavier 65 pound braid, and with a ’Trap or spinnerbait, I’m usually using 30 pound braid.

“What I recommend is that a fisherman purchase several different weights and use them with various presentations until he decides which he likes best. When you remember the different advantages braid offers, you’ll generally discover you like several weights for different uses,”

Another disadvantage of braid is that when a lure snags, or a particularly big bass hits, the line has a tendency to cut into itself in the spool, creating a bird’s nest tangle that can be all but impossible to pick out. To minimize this, Lane strongly recommends spooling monofilament on the reel first as backing, then tying on braid.

“I like to use 14 pound Trilene Big Game monofilament as my backing on baitcasting reels because of its diameter. I’ll put on 20 to 40 cranks of this, and then use a Uni-Knot to attach the braid. This will still give you plenty of braid for casting, and you won’t have the problem of the braid digging into itself.

“I do the same with my spinning reels, too, putting on 20 to 40 cranks of 10 pound mono before adding the braid.”