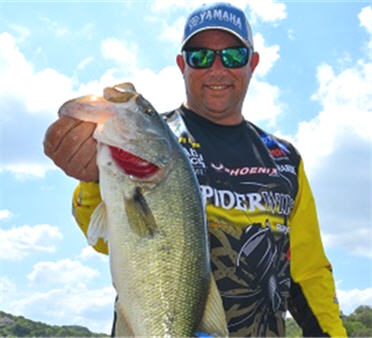 Asking a veteran pro angler what their favorite things about being a professional basser can often result in a mixed bag of answers. Really, all over the place, no two anglers give the same ones.

Abu Garcia pro Bobby Lane is no different. As Lane was driving home from an event, he shared some of his favorite things about being a bass pro and some serious knowledge for those who would like to pursue the nomadic bass pro lifestyle.

“There is so much that goes into being a professional tournament anglers,” said Lane. “The lifestyle can be really tough at times, but I love the game. You really need to want it to be successful, that’s for sure. Also, you’ve got to be able to catch fish everywhere.”

So, what are Lane’s favorite things? First off is the ability to keep a secret… sort of.

“One thing I really love about being a pro is when you have the fish dialed in during practice,” said Lane. “I’ll head to the rules meeting the evening before the tournament starts with the knowledge that I should do pretty good. You’ve got to control your emotions when you talk to the other anglers. Everyone is always trying to get a little information. You know inside you’re going to kill them on the lake. You tell everyone you should be able to get a limit if you’re lucky.

“After the first weigh in, you bag over 20 pounds, and on stage you say ‘everybody gets lucky sometimes’.”

Fan interaction is a pleasure for Lane.

“I really like to meet all the fans,” said Lane. “Especially the younger anglers who are now getting into the sport. We reach thousands and thousands of them.

“Just a few years ago, we didn’t see so many young anglers, but now their numbers seem to be increasing, and that is a really good thing.

“Now, it’s normally just handshakes and smiles, but I tell it like it is to the people who want to make it to the pro level. I’m a straight shooter. I let them know if they don’t have financial backing to cover the heavy costs of paying to be on the road and paying for entry fees if it’s not a realistic career.

“They need to let their fishing do the talking initially and build up their value before they can ever approach potential sponsors. Of course, if they have wealthy parents or friends who will fund them, that’s a different story.

“But the youth sure are getting onboard with what we are doing, and that is awesome.”