Chapman’s Tip: Pick the Right Fishing Hook for the Application 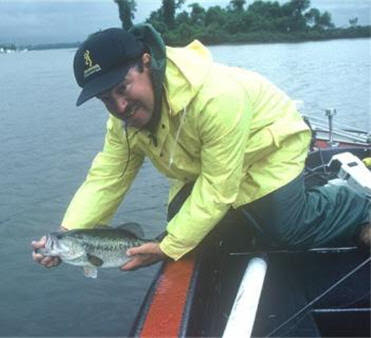 Posted by Gerald Almy and BassProShops1Source

The appeal of early spring bass fishing is quite simple: huge fish. At no other time of year is such a large percentage of the adult bass population concentrated near shore where most anglers of average skills are best at catching them.

Dark gray clouds blanketed the sky and a cold rain stung the anglers’ faces as they eased up to the unseen dropoff. Casting into the teeth of a northeast wind, they waited until their jigs tipped with crayfish trailers touched bottom and then began a slow, crawling retrieve. 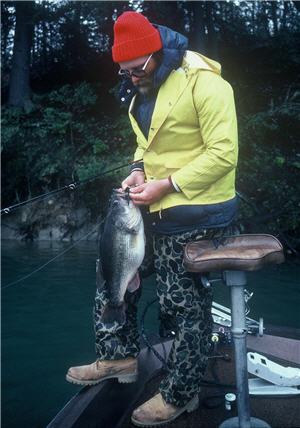 Angler lands 10 pound plus bass on Lake Anna in Virgina on a jig and trailer.

“Get the net,” the angler in the bow shouted suddenly as his rod bowed into a dangerously deep bend. Dropping his rig, his partner raced to the front of the boat and slipped the mesh under a bass bigger than he had ever seen. The pot-bellied fish weighed over 10 pounds. Later that day an 8 pounder fell for the anglers’ jigs, as well as a pair of sleek 5 pounders.

That’s the way early spring fishing can be—miserable conditions, but some of the best action of the year for trophy-sized fish.

The Biggest bass of the year are biting now. These three tactics will help you score.

Why Do Bass Migrate to Shallow Water?

During the heart of winter the warmest waters and most fish are usually hunkered down deep offshore on most impoundments. But as daylight hours increase, temperatures rise, and wind patterns shift, warm water and baitfish are found in the transition depths and shallows. Seeking both the warm water and the food available there, bass move shoreward.

Extra Tip: Rising temperatures also increase the fish’s metabolism, making them more likely to strike when your lure swims past them.

To make the best of this rich opportunity, keep a variety of tactics in your arsenal to turn to. Here are three proven methods to try for transitional and shallow-water bass in early spring.

Extra Tip: Rattle Baits or lipless crankbaits are great for early season action. Turn to them when fish are in medium to shallow water.

In the Spring Crawl a Jig With a Trailer 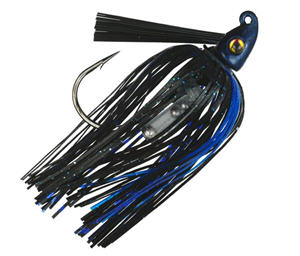 This is one of the most consistent early spring patterns of all. It’s great for probing transition depths in the 8-15 foot levels as fish move up out of the depths, but not quite into thin water. Good choices include the Bass Pro XPS Tungsten Squirmin’ Jig, Enticer Pro Series Rattling Jig, XPS Tungsten Weedless Banana Football Jig, and the top customer rated Strike King KVD Heavy Cover Swim Jig.

Lizard, crayfish, and grub trailers are all good. The Bass Pro Shops Elite Chunk is an excellent choice. The main thing is that the combo rig looks meaty. Jig weights of ¼-3/4 ounce are useful, depending on the depth you’re fishing. Weed guards are helpful, since you want to work the offering right through the thickest brush, timber, and rock piles you can locate. Black, blue, purple, and brown are top colors both the jigs and trailers.

Cast out and let the offering sink freely to the bottom. Watch the line carefully, though. A strike may come as the lure drops. If a fish doesn’t hit, begin a slow, smooth retrieve with no rod movement at all. Simply crawl the offering over the bottom cover.

Extra Tip: If a smooth, bottom-crawling presentation doesn’t score, try lifting and dropping the jig with pauses in between. Expect most strikes as the jig drops. Set the hooks at the slightest indication of a take.

Rip a Rattle Bait When Bass are More Active 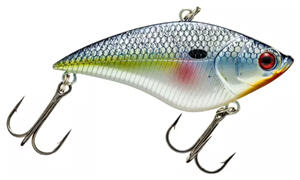 Rip a Rattle Bait When Bass are More Active 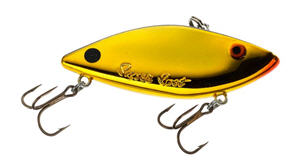 Turn to these lures when fish are in medium to shallow depths and weather patterns are in a warming or stable trend. Cast to shoreline cover, flats, rocks, brush, docks, and stump fields. Crank back with a moderate-to-fast retrieve.

Extra Tip: Concentrate on north shorelines and always direct a few casts towards boat docks with metal roofs that soak in the sun and radiate heat back into the water. Rocks that stick up out of the surface also convey heat to the surrounding area.

Extra Tip: If fish haven’t moved shallow yet or have pulled back slightly because of a cooling trend, cast farther out, covering shoals, offshore humps, dropoffs, submerged brush, and points. Let the lure sink close to the bottom, then reel back at a slow to moderate clip.

Extra Tip: Also try pausing occasionally for a few seconds to let the bait drop down like a wounded shad as it passes by brush, rocks, and ledges. Be ready for a strike the instant you resume the retrieve.

When bass really start to move shallow, these lures can provide fantastic spring action. And it can come earlier than many people believe. The classic Rapala Original Floating Minnow is still hard to beat but there are many other similar lures that score well including the popular Bass Pro Shops XPS Floating Minnow lure, Rebel Minnow, Bomber Long A and others. These are great choices in calm weather, particularly after several days of a warming trend.

Sometimes simply casting and reeling these lures in slow and steady is the best tactic. Often as not, though, twitching them erratically pays off best. Cast the bait over shallow bars and shoals, near rocks, early-emerging vegetation, docks, submerged trees, stumps, riprap along roads, and bridges. 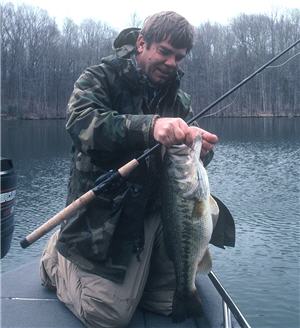 A thin-minnow lure attracted this 8 pound 8 ounce bass for the author during an early season outing on Lake Anna in Virginia.

Extra Tip: Let the waves from the lure’s landing dissipate, then twitch it once. Pause as long as you can stand it, and then twitch again. If no strike comes, jerk the lure a third time, more violently. Pause and then reel steadily back before casting to a new target.

Models from 3 ½-7 inches can be used, but 4-5 inches is often the best choice for early season largemouths. That’s big enough to offer a nice mouthful to a hungry bass, but not large enough to intimidate him.

Whether you have to dredge the bottom with a jig-and-trailer or can rip a rattle bait or twitch a thin-minnow plug in the shallows, early season is hard to beat for the chance at a bass of a lifetime.